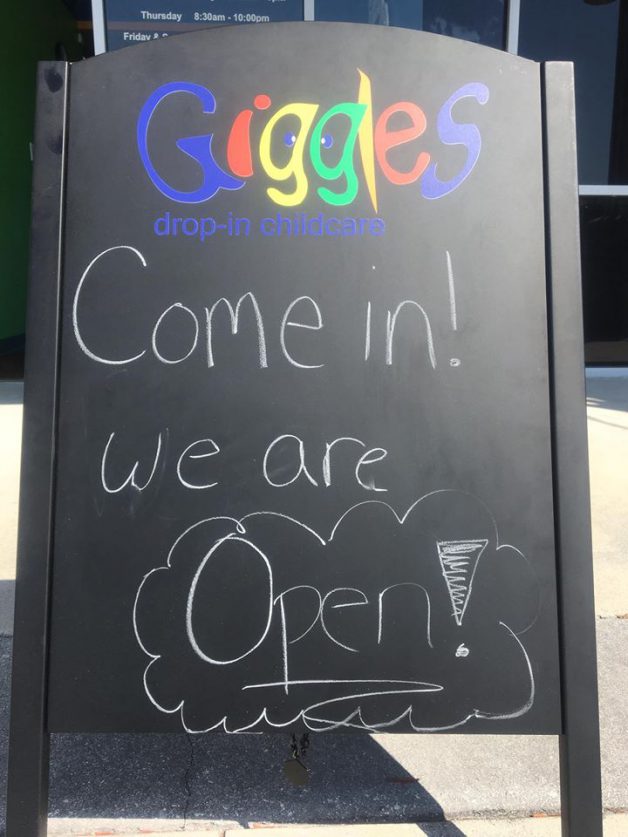 As of May 18th, 2020, all seven locations of the renowned childcare franchise have reopened their doors.  This announcement comes after what felt like a neverending break filled with lots of uncertainties, and drawn out what-if scenarios.  While none of the locations had any known COVID-19 cases from its employees or customers, in late March many difficult decisions were made and almost all of the centers’ doors were temporarily closed.  But, what do you do when there seems to be no way forward?  You take the next right step.  That is exactly what each center has done in recent weeks with the support of our many loyal families.

With official guidance varying so much from state-to-state, and even city-to-city, each center had to make their own decisions when it came to closing and reopening.  Based out of Wilmington, NC, the franchise company felt that this was the best way to be fair to all of its franchisees.  It is because of this decision that one center in Greenville, SC was able to remain open and in compliance with the guidelines given by state and local officials.  The second location within Greenville, SC was the first to reopen after closing its doors and has since resumed its normal operating hours.  “We felt confident that we could reopen our doors and safely provide our services to those in need, or want”, says Michelle Richards, co-founder of Giggles Drop-In Childcare.

As a whole, the company has been met with an overwhelmingly positive response from the families within each community.  “We were not sure how people would initially feel about centers reopening, but we were so happy to be met with an equal amount of excitement from our customers”, says Richards.  It is because of the dedicated families that the company feels that their centers will soon rebound from being temporarily closed.

Reopening did not come without its changes during this unprecedented time.  The company has always prided itself on its high standards of cleanliness that go beyond what is generally demanded of childcare centers.  Centers routinely clean and sanitize all hard surfaces and all toys after each use- what is now recommended by the CDC in preventing the transmission of viral infections.  In addition to this, the company asks that no more than one family enter into its lobby at a time during check-in and check-out.  This provides social distance for families and also allows for privacy as the company has implemented a health screening for every child that enters the facility.  No symptomatic person or persons with symptomatic household members are permitted to stay within the center.

Children are encouraged to establish healthy habits while they are in the care of Giggles with frequent hand washing breaks throughout the day, including before and after all meals, and bathroom breaks.  Singing for 20 seconds throughout the handwashing process has brought an element of fun to the job, and the staff has enjoyed mixing in a few popular songs in addition to the traditional “Happy Birthday” suggestion.

While playtime has returned, the staff of each center has taken on the task of encouraging small groups of children to play together throughout the space.  “Establishing social distancing while still encouraging free-play for children is something that I feel our staff has done extremely well with,” says Richards.  Of course, some traditional playtime activities have been removed, such as sensory activities, “Items such as playdough and slime are simply not a good idea to share amongst friends at this time.”

Mealtimes at the center also look a little different these days.  Although the eating area is still filled with the chatter of friends, it is more spaced out than usual with limited seating at each table.  Food safety has always been a top priority for the company, with labeled food and drink containers and a system allergy check prior to serving each meal or snack, the company feels that providing extra space at each table only aids in providing that assurance to families.

The task of reopening is not one that the company is taking lightly in the age of a global pandemic, but one that they feel is necessary for the aid of returning to a sense of normalcy.  If the company helps just one family by providing childcare for them, they feel it is worth it following their mission of providing a clean, safe, and secure environment where kids can be kids and parents can take a break.